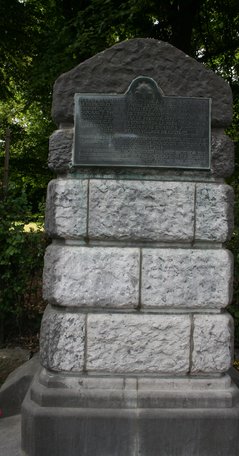 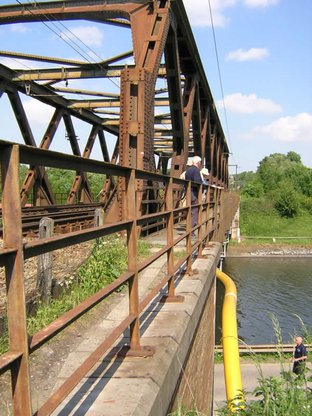 Railbridge in Nimy defended by the BEF where the two first Victoria Crosses were earned in the 1914 - 1918 war. 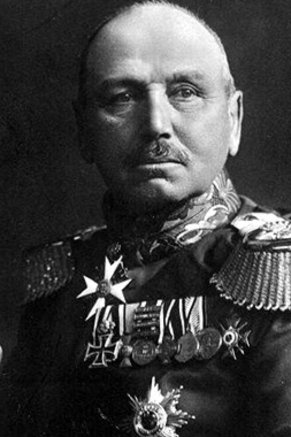 Born out of the community Nimy-Maisières in 1868 Nimy is mentioned for the first time in the tenth century. The village of Nimy, like others, belongs to the family of Waudru which, when it enters into religion and subsequent Sainthood, founded a monastery on the hill of Mons and left all it’s property to their cousin Aye.

The family stays until 1351, The Roisin family and aldermen linked with Sainte-Waudru were common to Nimy Maisières. The entity enjoyed a charter law quite early, confirmed in 1388 and amended in 1512. The Count of Hainaut perceived annuities and spoke justice.

Nimy was one of eight villages with free tonlieu (tax on transport of goods) in Mons, at least from the thirteenth century. Nimy then fell under Mons. It finds his autonomy for the first time in 1792, after the Battle of Jemappes, and finally in 1794 at the start of the Austrian rule.

Situated on the Roman road Bavay-Utrecht and the Brussels-Mons road traced in 1704 Nimy underwent constant occupation since the late Paleolithic times until the end of the Ancien Régime. Resources in Nimy are essentially agricultural. From the late eighteenth century, various industries are growing and become the hallmark of this small modest village with a remarkable industrial past.

Manufactoring tobacco pipes, pottery, metal construction workshops, various factories, a candy factory, a salt refinery ... all have contributed to the reputation of the small city.

Founded in 1789 by Fery-François Bousies and Dieudonné Joseph Antoine, it’s pottery production is known as the Old Nimy. It was acquired in 1851 by the company Kéramis of La Louviere. In 1897, it had 675 workers.

Having suffered from the First World War, it was sold to the ceramic society of Maastricht in 1921. WWII proved fatal and permanently ceased production in 1951. At the beginning of the century, Nimy had thirty-two farmers who worked the land and were engaged in farming. Today, there are ... two operators. 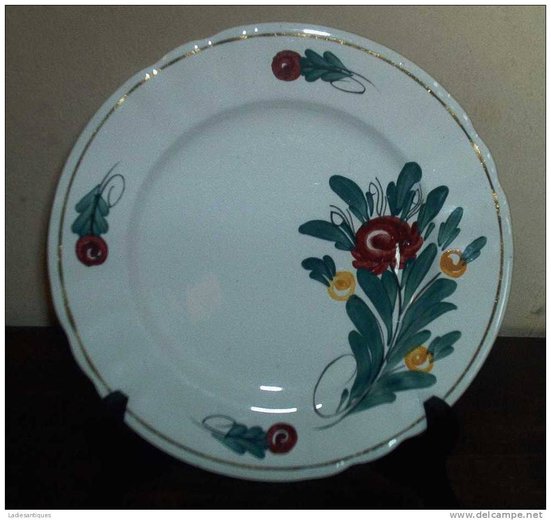 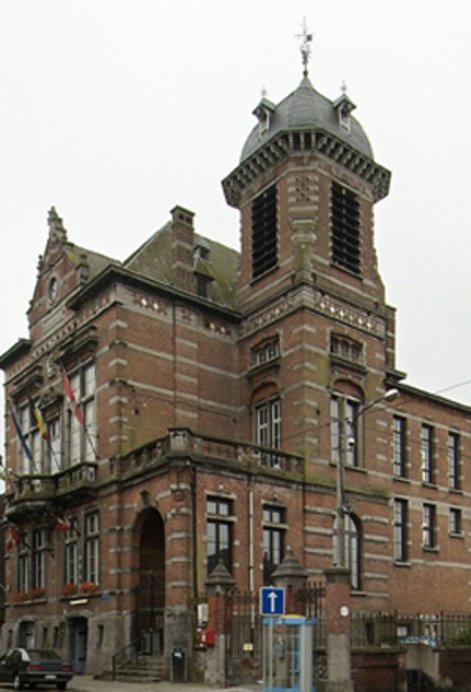 And there is the beginning of the Battle of Mons, on August 23rd 1914, the German Troops trying for a quick breach in the lines at Mons and take the BEF' 80.000 well trained and experienced men out of the theatre.

At dawn on Saturday 22 August 1914, "C" Squadron of the 4th Royal Irish Dragoon Guards, commanded by Major Tom Bridges, pushed out two patrols north from Mons towards Soignies and met the Germans for the first time. There is a memorial near the spot today. "C" Squadron commenced a reconnaissance along the road heading out from Maisières. Four enemy cavalrymen of the 2nd Kuirassiers emerged from the direction of Casteau. They were spotted by the British and turned around, whereupon they were pursued by the 1st Troop (under Captain Hornby) and the 4th Troop. Corporal E. Thomas of the 4th opened fire near the chateau of Ghislain, the first British soldier to do so in the Great War. He was uncertain whether he killed or wounded the German soldier that he hit. Meanwhile, Hornby led his men in hot pursuit and charged the Germans, killing several. He returned with his sword presented, revealing German blood. There were other cavalry encounters with the enemy in the areas of La Louvière and Binche.

During the day and in rear of the cavalry screen, the British infantry took up a thin line of roughly entrenched positions along the Mons-Conde canal, following it round the pronounced salient to the north of the town, with the I Corps to the east echeloned back and facing north-east. 19th Infantry Brigade took up a position on the left of the British line. It was decided that, if pressure grew on the outposts along the canal, then the II Corps would evacuate Mons and take up a defensive position among the pit villages and slag heaps a little way to the south. The Germans were apparently unaware of the presence of the BEF in this area until the skirmishes on the 22nd. By 9am on 23rd German artillery had been placed on high ground north of the canal.

5.30am: Sir John French met with Haig (I Corps), Allenby (Cavalry Division) and Smith-Dorrien (II Corps) at his advanced HQ at a chateau in Sars-la-Bruyère, where he ordered the outpost line on the canal to be strengthened and the bridges prepared for demolition.

6am - 7am: German cavalry patrols encounter British forces in area of Nimy and Pommereuil; British cavalry patrols also go out and met with opposition at Obourg; shots are exchanged. 5th Division pushes its mounted troops and two battalions across to north side of canal at Tertre (1st Royal West Kent and 2nd King's Own Scottish Borderers of 13th Infantry Brigade);

9am: German guns are now shelling the canal bend line held by 8th and 9th Brigades; German infantry of IX Korps have advanced and are now closely engaged with 4th Middlesex at Obourg; attack against canal bend intensifies and Germans take heavy casualties

Noon: German attack frontage has now broadened to St Ghislain and Les Herbieres and now stretches some 7 miles from Mons; soon after noon the Germans cross the canal at Obourg and reach the line of the railway: the 4th Middlesex, now supported by 2nd Royal Irish Regiment, are now in a precarious position and under heavy attack;

3pm: British 3rd Division is now signalling that it is under heavy attack; Haig orders two battalions of 4th (Guards) Brigade to take over defence of Hill 93 (SE of Mons) from 3rd Division; reports arrive stating that French cavalry on the British right is also under attack and falling back;

3.15pm: German infantry is working around both sides of the 2nd Royal Irish Regiment near Obourg: a decision is taken to withdraw the battalion to hold a new line at Bois la Haut; the 4th Middlesex also withdraws;

7-8pm: renewed German attack against 8th Brigade: after an hour the brigade is ordered to withdraw to Nouvelles;

The Germans did not exploit their success in the canal salient as dusk fell. Instead, their buglers were heard to sound the 'cease fire';

Late: news arrives that the French Fifth Army is going to begin a general withdrawal at 3am on 24 August; this is officially confirmed by French Conmander in Chief Joffre at 1am; it now appeared that Tournai had fallen to the enemy; that long columns of the enemy had broken through; and that a wide gap had opened up on the right between the BEF and Lanrezac's Army. Sir John French had little option but to order a general withdrawal in the direction of Cambrai, and to try to re-establish contact with his allies.

The great retreat from Mons is set to begin. The men of the "Old Contemptibles" were mystified by the orders to withdraw - they fervently believed that they had fought the Germans to a standstill at Mons and simply could not understand why they were marching away. Not one of them could have guessed just how much marching they would do over the next two weeks.

The text with the timeline I found at "Chris Baker's site The Long, Long Trail" Most Pictures I made myself. 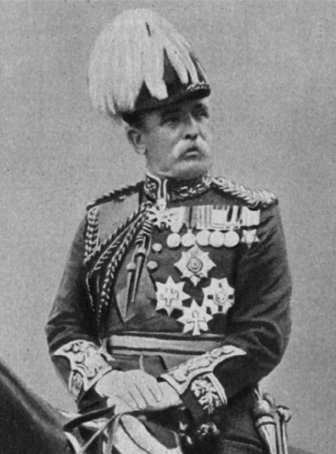 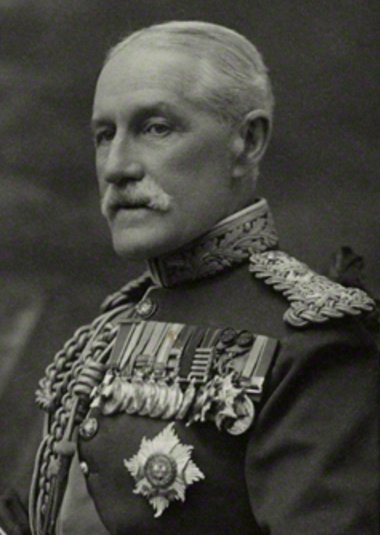 Built in Ecaussines brick and stone, according to the plans of architect Charles Neute from Brussels, the Town Hall of Nimy was inaugurated in 1886 under the reign of Leopold II.

In April 7, 1927, heavy weather destroyed part of the building of regional eclectic style. Rebuilt a few years later, the monument was abandoned in 1972 due to the merger with Mons. While it is listed for destruction, the association "The Tiètes Pipes" was formed to work towards its restoration. It now serves as a venue, conferences, seminars, exhibitions and concerts.

The efforts for fund raising are still ongoing.

A wide stone cut staircase gives access to the first floor; the "Weddingroom ", the walls covered with panels made of local earthenware dating from the late nineteenth century.

Brick walls are decorated with a monumental fireplace, supported by Tuscan columns.

A double door gives access to the former mayor's office, which reflects the prestige of the chief magistrate of the city. A brick archway separates these two beautiful examples of 18th century administrative offices. At the same axis as the main staircase, embedded within the walls of a tower, a second staircase leads visitors to the spacious room that is used during local festivals.

Who is "Little Willy"?

His real name Auguste Charron, Little Willy was born in 1869 in Nimy in the Vooruitgangstraat. A few years later, his family moved to Frérot street, in a neighborhood called "Base" which is located behind the church.

This quaint character suffered from a curved spine (he played the bass drum for Nimy musical societies) and he always smoked his pipe never left the tobacco alone.

He held several operating positions in the village and industries including a job at the earthenware factory, where his head was used as a model for the manufacturing of a tobacco jar in his likeness.

In 1998, thanks to the action of "Tiètes Pipes", this typical character of Nimy every day life became a character as a “Giant” in the local Carnival festivities.. 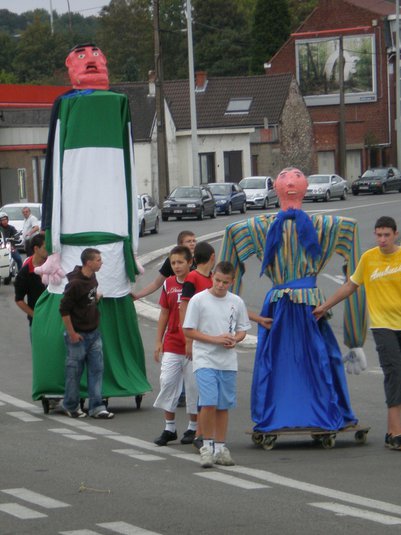 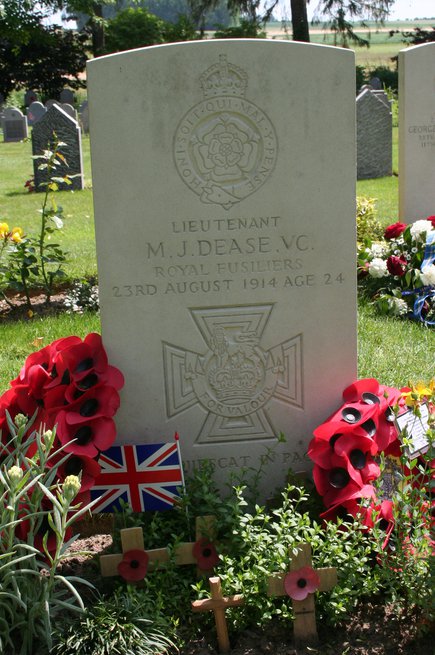 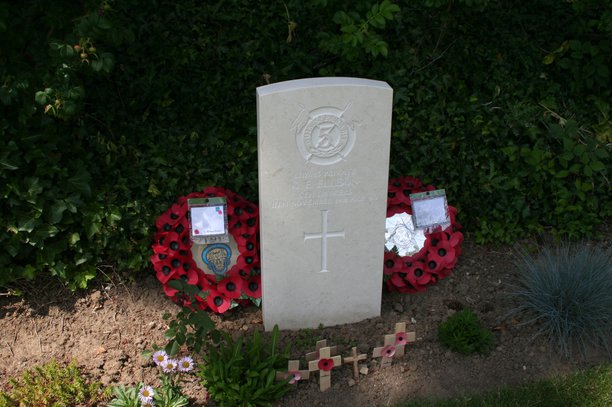 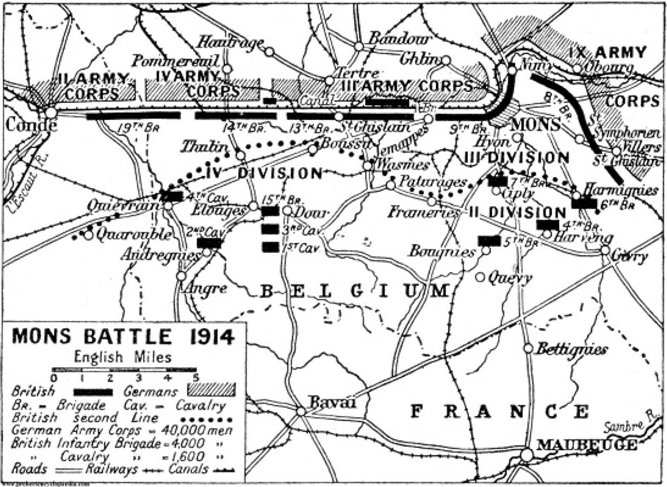 Last resting place of Private George Ellison, believed to be the last killed before 11-11-1918

I made a Video of the railway Bridge and it's surroundings. I comment in Dutch, but wanted to post it all the same. It gives an impression of what there is to see. Again feel free to contact us at our email; info@mons2016.com for more information or if you have suggestions. We are locals, just trying to give the English speaking people a possibility to take a look in our town, our region.

If you desire the "Official" city Bureau of Tourism please do contact them. Next to them we are mere mortals.

We do tours, from a beginners level to a guided tour by a friend who is an English historian. (This is not free of charge though). 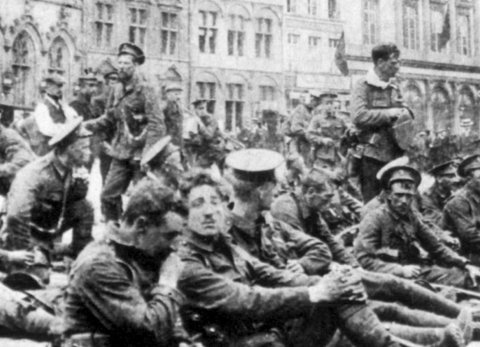