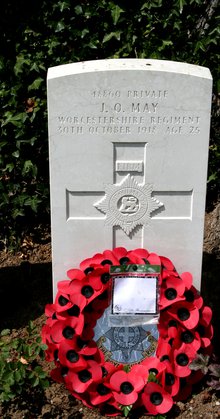 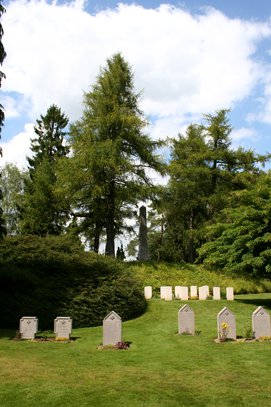 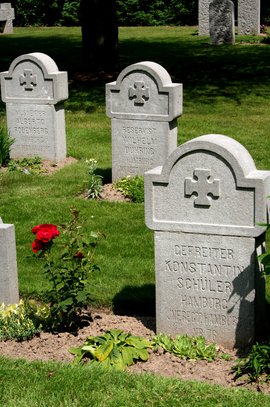 Mons played an important part in the Great War and many sons of foreign coutries are still here on the fields of Wallonia. There are Military cemetry's and you can follow the retreat of the British Expeditionary Force from 22 august 1914 over the days that follow. From the first shots fired to the last, the first Victory Cross....

The Mons battle signified the first engagement between British and German forces on the Western Front, and began on 23 August 1914. The Battle of Mons comprises one of the so-called Battles of the Frontier that took place during August 1914, at Mulhouse, Lorraine, the Ardennes, Charleroi - and Mons.

Having arrived in France on 14 August, and well behind schedule in its advance, the British Expeditionary Force (BEF) under its Commander-in-Chief, Sir John French, was moving forward cautiously from the Belgian coast, in keeping with French's character, his plan being to meet up with French General Lanrezac's Fifth Army near Charleroi on the Sambre.

Before reaching Charleroi however, the BEF encountered cavalry patrols from the German First Army at Soignies on 22 August. French immediately made plans to attack the German forces, against intelligence advice and apparently unaware of its full strength and of its victories at Lorraine and the Ardennes.

Sir John FrenchChanging tack overnight, French ordered his five divisions to establish defensive positions at the nearby Mons Canal French's surprise at meeting the German First Army was equalled by its commander, General von Kluck, who had just seen action at the Battle of the Sambre against General Lanrezac's and was intent on chasing Lanrezac to the south.

Distracted, von Kluck determined to launch a frontal attack against the BEF on 23 August, having been forbidden by the German High Command from outflanking the BEF and possibly losing contact with von Bulow's Second Army.

Joffre initially appeared not to heed Lanrezac's warnings, perhaps because they conflicted with France's pre-war battle strategy, Plan XVII, which assumed that Germany would not attack France via Belgium.

Meanwhile French, who because the initial British-German contact had come via cavalry troops had effectively bought himself a day's respite before battle commenced, deployed his two infantry corps, commanded by Smith-Dorrien and Haig, respectively, east and west of Mons across a forty kilometre front.

The eastern wing almost reached the retreating French Fifth Army under General Lanrezac, some eight miles away Edmund Allenby's cavalry division was held in reserve in case of need.

At the start of the battle the British found themselves heavily outnumbered by their German opposition: 70,000 troops as opposed to 160,000, and 300 guns against 600 German.

Indeed, by mid-afternoon he had no progress to show for the offensive. Nevertheless over the course of the first few days of fighting the British had suffered some 1,600 casualties The efficiency of the British riflemen was such that von Kluck assumed that the enemy were using machine-guns. 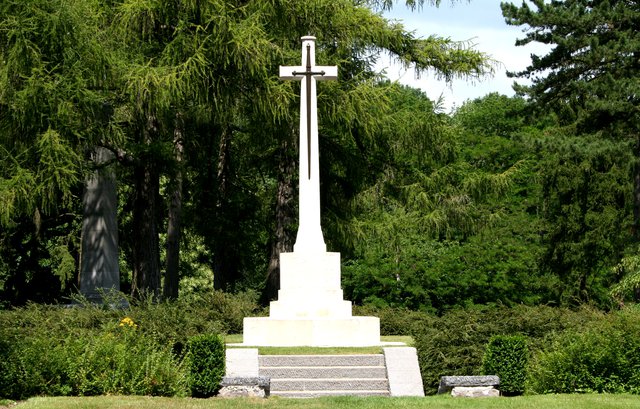 Whilst von Kluck paused the attack in order to draft in reserves, French, having heard news that General Lanrezac had retreated and could therefore offer the British no assistance, ordered a strategic retreat to the British second line of defence.

Von Kluck renewed the offensive in the evening, by which time French had realised quite how strong von Kluck's forces were. French therefore ordered Smith-Dorrien and Haig to further retreat; von Kluck did not at first give chase, choosing instead to address the heavy casualties inflicted earlier in the day. Ultimately however he inflicted almost 8,000 casualties upon the British rear-guard at the Battle of Le Cateau on 26 August.

The British Commander-in-Chief then undertook an extended retreat French himself recommended complete withdrawal to the coast, although Kitchener, the British war minister, rejected French's suggestion, requiring the BEF to remain in contact with the French forces retreating to the Marne. (Firstworldwar.com)

We, dear visitor, can only bow before the Graves of these young men, from both sides, from many backgrounds, son's of many Fathers and Mothers and Countries., Fathers themselves, Husbands and Fiancés.

I made a Video of the Cemetary some days ago, beautiful sunlight, nice day. My comments are in Dutch, I don't know how to do Subtitles but I'll try in the future. Sorry for the inconvenience but I still wanted to share. The litlle fellow with me is our son, there to learn :-)

* Nimy, More than a Bridge. W/Movie and Battle of Mons

* The Angels of Mons

* The Battle of Mons